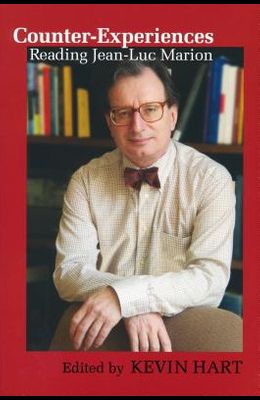 Unarguably, Jean-Luc Marion is the leading figure in French phenomenology as well as one of the proponents of the so-called theological turnin European philosophy. In this volume, Kevin Hart has assembled a stellar group of philosophers and theologians from the United States, Britain, France, and Australia to examine Marion's work-especially his later work-from a variety of perspectives. The resulting volume is an indispensable resource for scholars working at the intersection of philosophy and theology. This is a ground-breaking book by leading continental thinkers on one of the most pioneering and controversial voices to emerge in French thought in decades. This volume addresses the lynch-pin of Marion's thought-the point where philosophy and theology, gift and revelation, impossibility and grace, intersect in fascinating and arresting ways. Kevin Hart, as editor, assembles and conducts a magisterial intellectual orchestra.-Richard Kearney, Boston College The collective strength of these exceptionally high-quality essays is the authors' diversity of reflection on the relation of phenomenology to theology. Readers new to Marion will find their way into the corpus and those already familiar with Marion's work will encounter stimulating interpretations, challenges, and defenses. Valuable, too, are Hart's introduction to Marion as phenomenologist and Marion's defense of the saturated phenomenon that bookend the volume.-Merold Westphal, Fordham University As a sophisticated engagement with the question of Marion's relation to Christian theology specifically, and as a general response to Marion's work as a whole, Counter-Experiences is an undeniable success. The authors treat Marion's texts carefully, bring impressive intellectual force to their task, and provide rich documentation in the strongest volume of work on Marion's thought yet to appear in English.-Jeffrey Bloechl, College of the Holy Cross