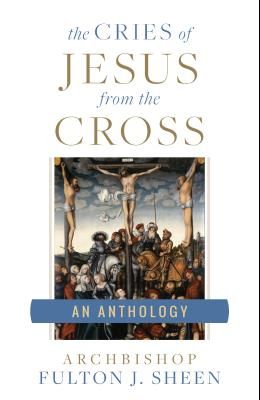 Cries of Jesus from the Cross

From the front Cover As death approaches, the human heart speaks its greatest words of love to those it holds most dear. So it was with Jesus who in His final hours gave us seven last words rich with spiritual meaning for every human soul. For the first time ever, Archbishop Fulton Sheen's complete writings and reflections on Christ's last words have been compiled into this one book. Sheen shows how the seven words are, in fact, a full catechism on the spiritual life. From them, you'll learn the secrets to living the Beatitudes, ways to avoid the deadly vices of anger, envy, lust, and pride, and how to cultivate the heavenly virtues of fortitude, prudence, justice, and charity. Few books are such an inspiring call to sanctity, and few books are such a spiritual powerhouse. With Archbishop Fulton J. Sheen as your guide, you'll also learn: Why, during His Passion, Jesus never proclaimed his innocence. Why Jesus appealed to His Father to forgive, but did not Himself forgive directly. What Jesus' third word from the Cross says about lust. Why, like Jesus, the most innocent among us must suffer. Why darkness covered the earth after Jesus spoke his fourth word. The seven words spoken unto Jesus while He hung on the Cross &#154;&#128;&#154; and what they reveal about the impact of Christ's Passion on your soul. What the Passion says about judging others (and why it's an assault against hope). How the conversion of the good thief is the key to the conversion of our modern world. Why you and I can sin a thousand times and be forgiven, and the angels who have sinned but once are eternally un forgiven. How envy becomes the denial of all justice and love. The difference between the virtue of hope and the emotion of hope.

Books similiar to Cries of Jesus from the Cross

List of All Editions of Cries of Jesus from the Cross