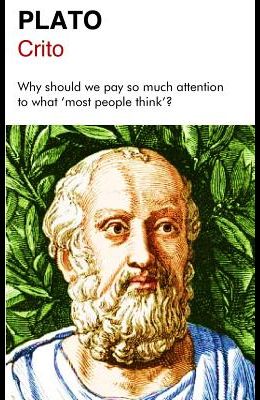 Part of the SparkNotes Philosophy Guide Series
by
Plato

Crito is a dialogue by the ancient Greek philosopher Plato. It is a conversation between Socrates and his wealthy friend Crito regarding justice, injustice, and the appropriate response to injustice. Socrates thinks that injustice may not be answered with injustice, and refuses Crito's offer to finance his escape from prison. This dialogue contains an ancient statement of the social contract theory of government. The dialogue begins with Socrates waking up to the presence of Crito in his prison cell and inquires whether it is early in the day. Crito informs Socrates that it is indeed early and that he, Crito, chose to let Socrates sleep in peace, especially given Socrates' current distressful circumstance of awaiting his own execution.