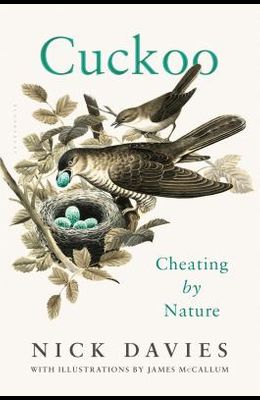 The familiar call of the common cuckoo, cuck-oo, has been a harbinger of spring ever since our ancestors walked out of Africa many thousands of years ago. However, for naturalist and scientist Nick Davies, the call is an invitation to solve an enduring puzzle: how does the cuckoo get away with laying its eggs in the nests of other birds and tricking them into raising young cuckoos rather than their own offspring? Early observers who noticed a little warbler feeding a monstrously large cuckoo chick concluded the cuckoo s lack of parental care was the result of faulty design by the Creator, and that the hosts chose to help the poor cuckoo. These quaint views of bad design and benevolence were banished after Charles Darwin proposed that the cuckoo tricks the hosts in an evolutionary battle, where hosts evolve better defenses against cuckoos and cuckoos, in turn, evolve better trickery to outwit the hosts. For the last three decades, Davies has employed observation and field experiments to unravel the details of this evolutionary arms race between cuckoos and their hosts. Like a detective, Davies and his colleagues studied adult cuckoo behavior, cuckoo egg markings, and cuckoo chick begging calls to discover exactly how cuckoos trick their hosts. For birding and evolution aficionados, Cuckoo is a lyrical and scientifically satisfying exploration of one of nature s most astonishing and beautiful adaptations.