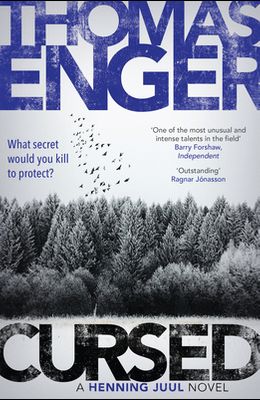 What secret would you kill to protect? When Hedda Hellberg fails to return from a retreat in Italy, where she has been grieving for her recently dead father, her husband discovers that his wife's life is tangled in mystery. Hedda never left Oslo, the retreat has no record of her and, what's more, she appears to be connected to the death of an old man, gunned down on the first day of the hunting season in the depths of the Swedish forests. Henning Juul becomes involved in the case when his ex-wife joins in the search for the missing woman, and the estranged pair find themselves enmeshed both in the murky secrets of one of Sweden's wealthiest families, and in the painful truths surrounding the death of their own son. With the loss of his son to deal with, as well as threats to his own life and to that of his ex-wife, Juul is prepared to risk everything to uncover a sinister maze of secrets that ultimately leads to the dark heart of European history. Taut, chilling and unputdownable, Cursed is the fourth in the internationally renowned series featuring conflicted, disillusioned by always dogged crime reporter Henning Juul, and marks the return of one of Norway's finest crime writers.