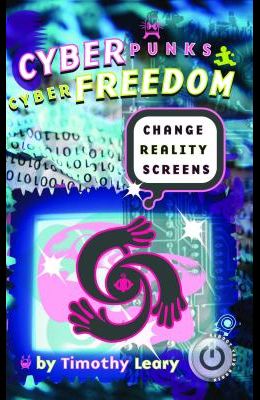 This timely book, Timothy Leary's cyberpunk manifesto, is his future-vision of the emergence of a new humanism with an emphasis on questioning authority, independent thinking, individual creativity, and empowerment via computers and brain technologies. Cyberpunks brings together some of Leary's most provocative writings, along with selections from interviews and conversations with a variety of writers and thinkers. Individual chapters include How I Became an Amphibian, Personal Computers; Personal Freedom, and Navigational Game Plane. How to Boot Up Your Bio-Computer typifies Leary's outrageous yet surprisingly grounded ideas, linking pagan, nature-based rituals with a collective boot-up of the brain through stimulation from certain natural plants. Together, these pieces describe a new breed of human being who embraces technology, uses it to revolutionize communication and evade and annoy Big Brother, while at the same time achieving personal success, attaining political power, and above all, having fun.