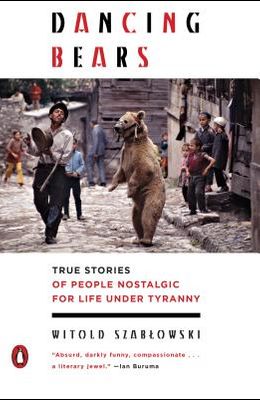 *As heard on NPR's All Things Considered * Utterly original. -- The New York Times Book Review Mixing bold journalism with bolder allegories, Mr. Szablowski teaches us with witty persistence that we must desire freedom rather than simply expect it. -- Timothy Snyder, New York Times bestselling author of On Tyranny and The Road to Unfreedom An award-winning journalist's incisive, humorous, and heartbreaking account of people in formerly Communist countries holding fast to their former lives For hundreds of years, Bulgarian Gypsies trained bears to dance, welcoming them into their families and taking them on the road to perform. In the early 2000s, with the fall of Communism, they were forced to release the bears into a wildlife refuge. But even today, whenever the bears see a human, they still get up on their hind legs to dance. In the tradition of Ryszard Kapu&#347;ci&#324;ski, award-winning Polish journalist Witold Szablowski uncovers remarkable stories of people throughout Eastern Europe and in Cuba who, like Bulgaria's dancing bears, are now free but who seem nostalgic for the time when they were not. His on-the-ground reporting--of smuggling a car into Ukraine, hitchhiking through Kosovo as it declares independence, arguing with Stalin-adoring tour guides at the Stalin Museum, sleeping in London's Victoria Station alongside a homeless woman from Poland, and giving taxi rides to Cubans fearing for the life of Fidel Castro--provides a fascinating portrait of social and economic upheaval and a lesson in the challenges of freedom and the seductions of authoritarian rule. From the Introduction: Guys with wacky hair who promise a great deal have been springing up in our part of the world like mushrooms after rain. And people go running after them, like bears after their keepers. . . . Fear of a changing world, and longing for someone . . . who will promise that life will be the same as it was in the past, are not confined to Regime-Change Land. In half the West, empty promises are made, wrapped in shiny paper like candy. And for this candy, people are happy to get up on their hind legs and dance.