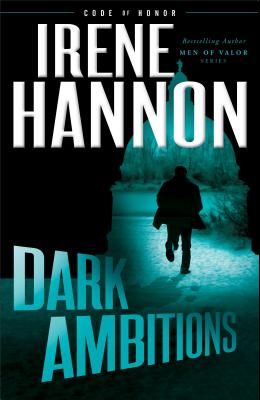 Book #3 in the Code of Honor Series
by
Irene Hannon

When former Army Night Stalker Rick Jordan hires private investigator Heather Shields to help him solve a mystery that began with a trail of blood, a callous murderer will do whatever it takes to stop them--even if it means killing again.gain.

From the Back Cover Danger lurks when ambitions turn deadly . . . Former Army Night Stalker Rick Jordan usually has his camp for foster children to himself during the winter months. But someone has visited recently--leaving a trail of blood. One of the two clues left behind tips Rick off to the identity of his visitor, who soon turns up dead. The police deem it an accident, but Rick isn't convinced. With the help of private investigator Heather Shields, he sets out to decipher the remaining clue. Except someone doesn't want them to succeed--and will stop at nothing to keep them from finding the truth.
From the front Cover Irene Hannon is the bestselling and award-winning author of more than fifty contemporary romance and romantic suspense novels, including Dangerous Illusions and Hidden Peril , as well as the Men of Valor, Heroes of Quantico, Guardians of Justice, and Private Justice series. In addition to her many other honors, she is a three-time winner of the prestigious RITA(R) Award from Romance Writers of America and a member of RWA's elite Hall of Fame. She has also received a Career Achievement Award from RT Book Reviews . All of her suspense novels have been ECPA/CBA bestsellers. Learn more at www.irenehannon.com.

Code of Honor Series In Order - By Irene Hannon