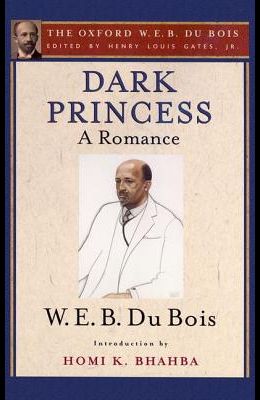 W. E. B. Du Bois was a public intellectual, sociologist, and activist on behalf of the African American community. He profoundly shaped black political culture in the United States through his founding role in the NAACP, as well as internationally through the Pan-African movement. Du Bois's sociological and historical research on African-American communities and culture broke ground in many areas, including the history of the post-Civil War Reconstruction period. Du Bois was also a prolific author of novels, autobiographical accounts, innumerable editorials and journalistic pieces, and several works of history. The Dark Princess is a story of magical love and radical politics, a romance facing obstacles in a white-dominated world. Du Bois's allegorical tale follows Mathew Townes from his political disillusionment to his association with a powerful and seductive revolutionary leader, Kautilya, the princess of the Tibetan Kingdom of Bwodpur. With Dark Princess , Du Bois explores the color line from a fantastical angle while inserting his signature sociological style. With a series introduction by editor Henry Louis Gates, Jr., and an introduction by Homi Bhahba, this edition is essential for anyone interested in African American history.

From the Back Cover The problem of the color line, W. E. B. Du Bois's ever-present polemical theme, is at the core of this novel of sensual love, radical politics, and the quest for racial justice. Originally published in 1928, Dark Princess has a fantastical storyline, heavy with propagandist overtones. Du Bois depicts 1920s America as a racist nation primed for radical protest and terrorism. Matthew Townes, the protagonist, is a medical student expelled because his race bars him from the required course in obstetrics in a white hospital. Self-exiled in Berlin after his political idealism is corrupted, Townes falls in love with Princess Kautilya, daughter of a maharajah, and joins her international team in which people of color unite against white imperialism.