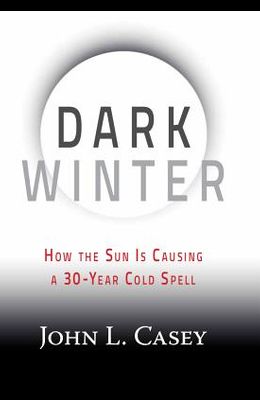 Dark Winter: How the Sun Is Causing a 30-Year Cold Spell

Climate change has been a perplexing problem for years. In Dark Winter , author John L. Casey, a former White House national space policy advisor, NASA headquarters consultant, and space shuttle engineer tells the truth about ominous changes taking place in the climate and the Sun. Casey's research into the Sun's activity, which began almost a decade ago, resulted in discovery of a solar cycle that is now reversing from its global warming phase to that of dangerous global cooling for the next thirty years or more. This new cold climate will dramatically impact the world's citizens. In Dark Winter , he provides evidence of the following: - The end of global warming - The beginning of a solar hibernation, a historic reduction in the energy output of the Sun - A long-term drop in Earth's temperatures - The start of the next climate change to decades of dangerously cold weather - The high probability of record earthquakes and volcanic eruptions A sobering look at Earth's future, Dark Winter predicts worldwide, crop- destroying cold; food shortages and riots in the United States and abroad; significant global loss of life; and social, political, and economic upheaval.

Other global warming & climate change books you might enjoy