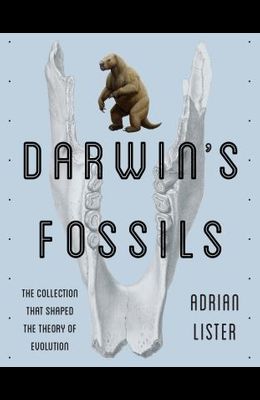 Darwin's Fossils: The Collection That Shaped the Theory of Evolution

Reveals how Darwin's study of fossils shaped his scientific thinking and led to his development of the theory of evolution. Darwin's Fossils is an accessible account of Darwin's pioneering work on fossils, his adventures in South America, and his relationship with the scientific establishment. While Darwin's research on Galapagos finches is celebrated, his work on fossils is less well known. Yet he was the first to collect the remains of giant extinct South American mammals; he worked out how coral reefs and atolls formed; he excavated and explained marine fossils high in the Andes; and he discovered a fossil forest that now bears his name. All of this research was fundamental in leading Darwin to develop his revolutionary theory of evolution. This richly illustrated book brings Darwin's fossils, many of which survive in museums and institutions around the world, together for the first time. Including new photography of many of the fossils--which in recent years have enjoyed a surge of scientific interest--as well as superb line drawings produced in the nineteenth century and newly commissioned artists' reconstructions of the extinct animals as they are understood today, Darwin's Fossils reveals how Darwin's discoveries played a crucial role in the development of his groundbreaking ideas.