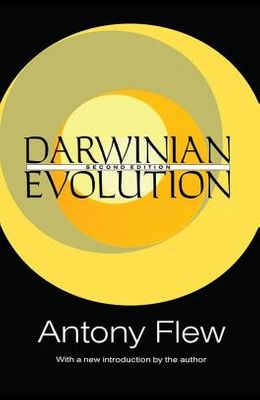 In little more than a hundred years the evolutionary theory of Charles Darwin has conquered the thinking world. No other body of ideas has enjoyed such unrivaled success. But precisely because of its scientific status, Darwinism has sometimes been invoked to sustain other ideas and beliefs with a much less solid foundation. Darwinian Evolution is a study of the historical background of Darwin's ideas, of their logical structure, and of their alleged and actual implications. Flew explores the Scottish Enlightenment, an important and often neglected aspect of Darwin's intellectual background. He compares Darwin with such figures as Adam Smith, Thomas Malthus, and Karl Marx, emphasizing not the similarities, but the differences between the natural and social sciences. Flew argues that social science must do what natural science does not: take account of individual choice. He examines the creationist controversy in Britain and the United States and discusses the possibility of a human sociobiology. In his new introduction, Flew updates his book by discussing relevant works that have appeared since it was published thirteen years ago. He discusses two different tendencies among both social scientists and those who develop or promote social policies according to various findings in the social sciences: (1) to assume there is no such thing as human nature; and (2) to take no account of the possibility that differences between sets of individuals may be genetically determined. Flew maintains that both these tendencies violate Darwin's theory. Darwinian Evolution is an intriguing study that should be read by sociologists, biologists, philosophers, and all those interested in the impact of Darwin and his work.