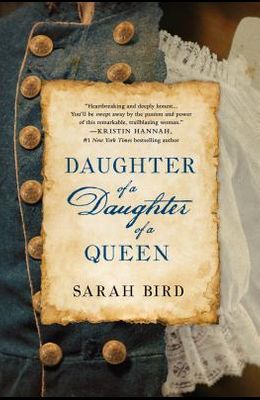 You'll be swept away by the passion and power of this remarkable, trailblazing woman who risked everything to follow her own heart. - Kristin Hannah, #1 New York Times bestselling author An epic page-turner. - Christina Baker Kline Bird's fast-paced, action-packed story is a bittersweet one--grand love and legacy ultimately eluded Williams--but this fearless, often heartbreaking account sheds a welcome light on an extraordinary American warrior. - Publisher's Weekly, Starred Review Named Best Fiction Writer in the Austin Chronicle 's Austin's Best 2018 The compelling, hidden story of Cathy Williams, a former slave and the only woman to ever serve with the legendary Buffalo Soldiers. Here's the first thing you need to know about Miss Cathy Williams: I am the daughter of a daughter of a queen and my mama never let me forget it. Though born into bondage on a miserable tobacco farm in Little Dixie, Missouri, Cathy Williams was never allowed to consider herself a slave. According to her mother, she was a captive, destined by her noble warrior blood to escape the enemy. Her chance at freedom presents itself with the arrival of Union general Phillip Henry Smash 'em Up Sheridan, the outcast of West Point who takes the rawboned, prideful young woman into service. At war's end, having tasted freedom, Cathy refuses to return to servitude and makes the monumental decision to disguise herself as a man and join the Army's legendary Buffalo Soldiers. Alone now in the ultimate man's world, Cathy must fight not only for her survival and freedom, but she also vows to never give up on finding her mother, her little sister, and the love of the only man strong enough to win her heart. Inspired by the stunning, true story of Private Williams, this American heroine comes to vivid life in a sweeping and magnificent tale about one woman's fight for freedom, respect and independence. Sarah Bird masterfully tells the story of Cathy (Cathay) Williams, the only female ever to serve with the legendary Buffalo Soldiers... Daughter of a Daughter of a Queen is a wonderful read. - Michael Hurd, author of Thursday Night Lights , managing editor of The Texas Black History Project , and director of the Texas Preservation of History and Culture