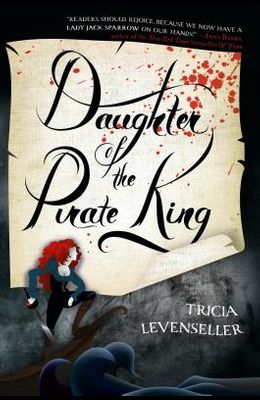 Daughter of the Pirate King

If you want something done right.... When her father, the ruthless Pirate King, discovers that a legendary treasure map can be found on an enemy ship, his daughter Alosa knows that there's only one pirate for the job herself. Leaving behind her beloved ship and crew, Alosa deliberately facilitates her own kidnapping to ensure her welcome on the ship. After all, who's going to suspect a girl locked in a cell... But Alosa has skills enough for any three pirates, and has yet to meet her match. Although she has to admit that the surprisingly perceptive and unfairly attractive first mate, Riden, the lucky pirate charged with finding out all her secrets, comes the closest. Now it's down to a battle of wits and will... Can Alosa find the map before Riden figures out her plan? Debut author Tricia Levenseller blends action, adventure, romance, and a little bit of magic into a thrilling YA pirate tale.

Daughter of the Pirate King Series In Order - By Tricia Levenseller