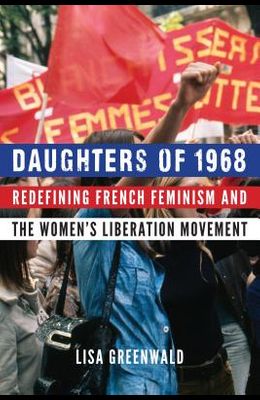 Daughters of 1968: Redefining French Feminism and the Women's Liberation Movement

Daughters of 1968 is the story of French feminism between 1944 and 1981, when feminism played a central political role in the history of France. The key women during this epoch were often leftists committed to a materialist critique of society and were part of a postwar tradition that produced widespread social change, revamping the workplace and laws governing everything from abortion to marriage. The May 1968 events--with their embrace of radical individualism and anti-authoritarianism--triggered a break from the past, and the women's movement split into two strands. One became individualist and intensely activist, the other particularist and less activist, distancing itself from contemporary feminism. This theoretical debate manifested itself in battles between women and organizations on the streets and in the courts. The history of French feminism is the history of women's claims to individualism and citizenship that had been granted their male counterparts, at least in principle, in 1789. The few exceptions, such as Simone de Beauvoir or the 1970s activists, demonstrate the diversity and tensions within French feminism, as France moved from a corporatist and tradition-minded country to one marked by individualism and modernity.