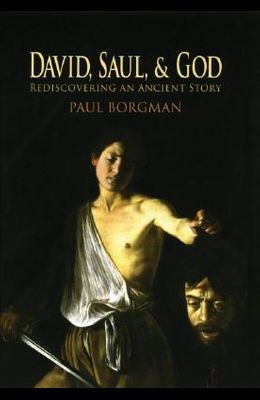 The biblical story of King David and his conflict with King Saul (1 and 2 Samuel) is one of the most colorful and perennially popular in the Hebrew Bible. In recent years, this story has attracted a great deal of scholarly attention, much of it devoted to showing that David was a far less heroic character than appears on the surface. Indeed, more than one has painted David as a despicable tyrant. Paul Borgman provides a counter-reading to these studies, through an attentive reading of the narrative patterns of the text. He focuses on one of the key features of ancient Hebrew narrative poetics -- repeated patterns -- taking special note of even the small variations each time a pattern recurs. He argues that such hearing cues would have alerted an ancient audience to the answers to such questions as Who is David? and What is so wrong with Saul? The narrative insists on such questions, says Borgman, slowly disclosing answers through patterns of repeated scenarios and dominant motifs that yield, finally, the supreme work of storytelling in ancient literature. Borgman concludes with a comparison with Homer's storytelling technique, demontrating that the David story is indeed a masterpiece and David (as Baruch Halpern has said) the first truly modern human.