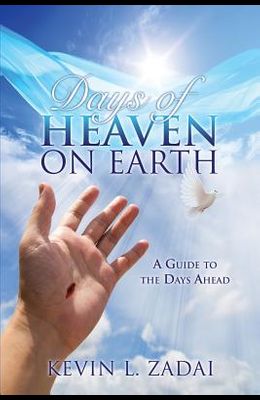 Days of Heaven on Earth

It all began on a fateful day in 1992, when author Kevin Zadai died on a hospital operating table after a surgery. While in heaven, he came face to face with the Savior, Jesus Christ, who later came to Kevin regularly in visitations after he survived his near-death experience. What Jesus revealed to Kevin in visitations, about God's upcoming kingdom on earth and Jesus' future return, are revealed in his new, nonfiction book, Days of Heaven On Earth. The chapters focus on encouraging readers toward the renewing of the mind, becoming born again through the blood of Jesus and being fed in spirit by the Bible. Kevin also discusses the personality of Jesus, as revealed in the Bible, and guidance Jesus showed Kevin for furthering a relationship with Him. The hope is for readers to learn to trust God for their lives and love others while preparing for Jesus' return.