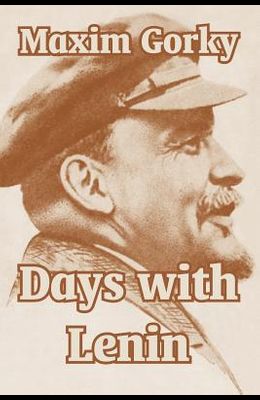 Gorky first met Lenin at a Party Congress in London in 1907. They met again many times - during Lenin's exile in Europe and after the successful revolution of November, 1917. With the perspicacity of a literary man, obliged to take notes of little details, Gorky gives a profoundly intimate picture of Lenin, a picture of which the developing revolution is an integral part, for it is impossible to separate the man from his role in history, so closely are they linked. In clear outline, Lenin the Bolshevik, the builder of his Party, the organizer and the leader of the revolution, arises from these pages. And it is all the more real, seen through the eyes of Gorky, for he tells of Lenin in his moments of rest and leisure as well as in moments of heated political debate; shows him at rest in Capri, playing chess and talking to the fishermen; looking after the health and comforts of his comrades; debating about the role of the intellectuals in the revolution; talking with workers about all the details of their lives.