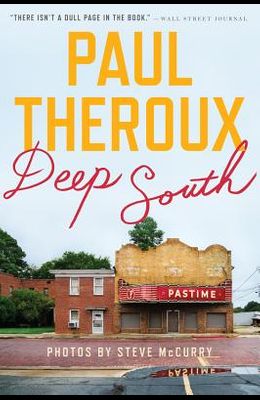 One of the most acclaimed travel writers of our time turns his unflinching eye on an American South too often overlooked. Paul Theroux has spent fifty years crossing the globe, adventuring in the exotic, seeking the rich history and folklore of the far away. Now, for the first time, in his tenth travel book, Theroux explores a piece of America theDeep South. He finds there a paradoxical place, full of incomparable music, unparalleled cuisine, and yet also some of the nation s worst schools, housing, and unemployment rates. It s these parts of the South, so often ignored, that have caught Theroux s keen traveler s eye.On road trips spanning four seasons, wending along rural highways, Theroux visits gun shows and small-town churches, laborers in Arkansas, and parts of Mississippi where they still call the farm up the road the plantation. He talks to mayors and social workers, writers and reverends, the working poor and farming families the unsung heroes of the south, the people who, despite it all, never left, and also those who returned home to rebuild a place they could never live without.From the writer whose great mission has always been to transport us beyond that reading chair, to challenge himself and thus, to challenge us (Boston Globe), Deep South is an ode toa region, vivid and haunting, full of life and loss alike.

From the Back Cover Theroux s eye for landscape remains as sharp as ever . . . It s Theroux s remarkable gift for getting strangers to reveal themselves that makes going along for this ride worthwhile. New York Times Book Review Paul Theroux has spent the past fifty years roaming the globe, describing his encounters with remote people and far-flung places in ten best-selling travel books. Now, for the first time, he explores a part of America the Deep South. Setting out on a winding road trip, Theroux discovers a region of architectural and artistic wonders, incomparable music, mouth-watering cuisine and also some of the worst schools, medical care, housing, and unemployment rates in the nation. Yet, no matter where he goes, Theroux meets the unsung heroes of the South, the people who, despite it all, never left, and also those who found their way home and devoted their lives to rebuilding a place they could never live without. Paul Theroux s latest travel memoir had me at hello . . . Theroux pulls no punches in his quest to understand this overlooked margin of American life. Boston Globe A vivid contemporary portrait of rural life . . . a deeply affecting personal account. Atlanta Journal-Constitution Paul Theroux is the author of many highly acclaimed books. His novels include The Lower River and The Mosquito Coast, and his renowned travel books include Ghost Train to the Eastern Star and Dark Star Safari. He lives in Hawaii and on Cape Cod.