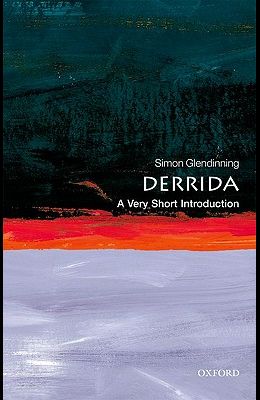 Jacques Derrida, the French philosopher, wrote such famed works as Writing and Difference, Speech and Phenomena, and On Grammatology, has made important contributions to both post-structuralism and post-modern philosophy, and indeed has challenged some of the unquestioned assumptions of our philosophical tradition. But he is most renowned--or condemned--for his critical technique known as deconstruction. In this Very Short Introduction, Simon Glendinning explores both the difficulty and significance of the work of Derrida. He argues that Derrida's challenging ideas make a significant contribution to, and providing a powerful reading of, our philosophical heritage. Defending Derrida against many of the attacks from the analytical philosophical community, he attempts to show why Derrida's work causes such extreme reactions. The author explains Derrida's distinctive mode of engagement with our philosophical tradition, and contends that this is not a merely negative thing. By exploring his most famous and influential texts, Glendinning shows how and why Derrida's work of deconstruction is inspired not by a critical frenzy, but by a loving respect for philosophy.