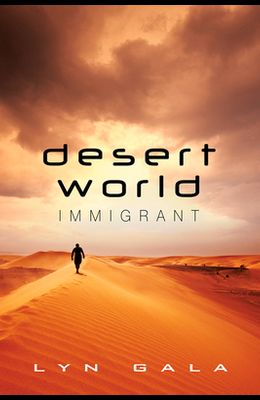 Desert World: Book Three Lieutenant Commander Verly Black is ready to leave the atrocities of war behind and immigrate to the planet of Livre, where he can build a future away from the ghosts of his past. He doesn't expect to find a kindred spirit in councilman Naite Poli--a man with secrets as dark as Verly's own and bearing the scars to prove it. Both men have done what was necessary to survive--Verly in battle and Naite in defense of his family--and they're haunted by memories that leave them wary of trusting others. As they circle each other, the political maneuvering around them grows more dangerous, with the outer worlds trying to force Livre into one alliance or another. Some still view Verly as a killer and a spy, and they're determined not to let him forget what he's done. Others fear the implications of a military officer sharing the bed of a councilmember. When the rebel alliance moves beyond threats, Verly and Naite must push through the pain of their pasts and stand together to fight for the future of their world.