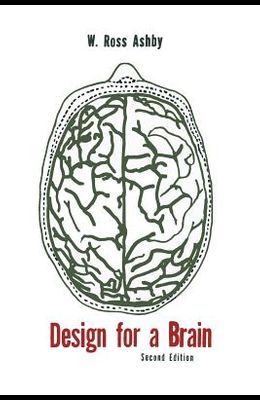 Design for a Brain: The Origin of Adaptive Behavior

2014 Reprint of 1960 Second and Revised Edition. Exact facsimile of the original edition, not reproduced with Optical Recognition Software. W. Ross Ashby was an English psychiatrist and a pioneer in cybernetics, the study of complex systems. His two books, Design for a Brain and An Introduction to Cybernetics, were landmark works. They introduced exact and logical thinking into the nascent discipline and were highly influential. This work begins with the premise that the nervous system behaves adaptively and the hypothesis that it is essentially mechanistic; it assumes that these two data are not irreconcilable. It proceeds by first developing an adequately rigorous logic of mechanism, considering such topics as dynamic systems, stability and homeostasis. It then applies this logic to the behaviors of living organisms, and shows that we may deduce that certain types of behavior must be produced by certain types of mechanism.