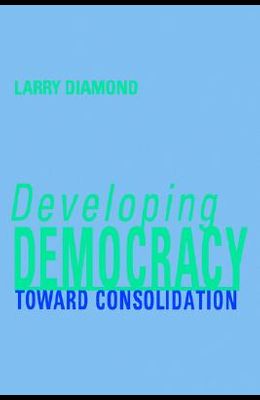 In this book noted political sociologist Larry Diamond sets forth a distinctive theoretical perspective on democratic evolution and consolidation in the late twentieth century. Rejecting theories that posit preconditions for democracy--and thus dismiss its prospects in poor countries--Diamond argues instead for a developmental theory of democracy. This, he explains, is one which views democracy everywhere as a work in progress that emerges piecemeal, at different rates, in different ways and forms, in different countries. Diamond begins by assessing the third wave of global democratization that began in 1974. With a wealth of quantitative data and case illustrations, he shows that the third wave has come to an end, leaving a growing gap between the electoral form and the liberal substance of democracy. This underscores the hollow, fragile state of many democracies and the imperative of concolidation. He then defines the concept of democratic consolidation and identifies the conditions that foster it. These include strong political institutions, appropriate institutional designs, decentralization of power, a vibrant civil society, and improved economic and political performance. If new and troubled democracies are to be consolidated, Diamond argues, they must become more deeply democratic--more liberal, accountable, and responsive to their citizens. Drawing on extensive public opinion research in developing and postcommunist states, he demonstrates the importance of freedom, transparency, and the rule of law for generating the broad legitimacy that is the essence of democratic consolidation. The book concludes with a hopeful view of the prospects for a fourth wave of global democratization. --Guillermo O'Donnell, Helen Kellogg Professor of Government, University of Notre Dame, Fellow of the American Academy of Arts and Sciences, Formerly (1982-1997) Academic Director of the Kellogg Institute for International Studies, University of Notre Dame, Formerly (1988-91) President of the International Political Science Association Washington Times