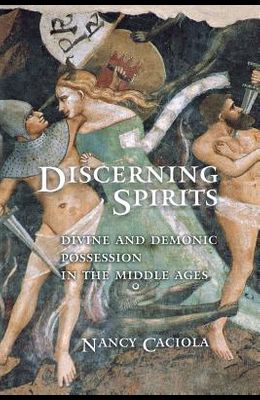 Discerning Spirits: Divine and Demonic Possession in the Middle Ages

Trance states, prophesying, convulsions, fasting, and other physical manifestations were often regarded as signs that a person was seized by spirits. In a book that sets out the prehistory of the early modern European witch craze, Nancy Caciola shows how medieval people decided whom to venerate as a saint infused with the spirit of God and whom to avoid as a demoniac possessed of an unclean spirit. This process of discrimination, known as the discernment of spirits, was central to the religious culture of Western Europe between 1200 and 1500.Since the outward manifestations of benign and malign possession were indistinguishable, a highly ambiguous set of bodily features and behaviors were carefully scrutinized by observers. Attempts to make decisions about individuals who exhibited supernatural powers were complicated by the fact that the most intense exemplars of lay spirituality were women, and the fragile sex was deemed especially vulnerable to the snares of the devil. Assessments of women's spirit possessions often oscillated between divine and demonic interpretations. Ultimately, although a few late medieval women visionaries achieved the prestige of canonization, many more were accused of possession by demons.Caciola analyzes a broad array of sources from saints' lives to medical treatises, exorcists' manuals to miracle accounts, to find that observers came to rely on the discernment of bodies rather than seeking to distinguish between divine and demonic possession in purely spiritual terms.