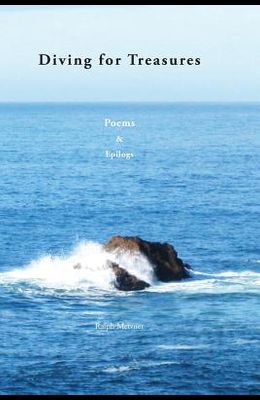 ABOUT THE BOOK These poems were written over a period of about 30 years, in the course of my travels in America and Europe, teaching courses and workshops in consciousness expansion, meditation, psychedelics, shamanism, alchemy and emerging new worldviews. Some of these poems were recorded on a spoken voice CD called Spirit Soundings with sonic and musical accompaniment by Kit Walker and friends. The Song of the Pearl is my adaptation of a 5th century Gnostic hymn describing the soul's journey from incarnation, through birth and growth, and to ultimate return to the origin. Epilog I: Gnostic Themes in The Song of the Pearl Epilog II: The Road to Language Epilog III: A Riddle with Six Answers ABOUT THE AUTHOR Ralph Metzner, Ph.D. received his undergraduate degree at Oxford University and his doctorate in clinical psychology at Harvard University. He collaborated with Timothy Leary and Richard Alpert in the studies of psychedelic drugs and co-authored The Psychedelic Experience. He is a psychotherapist and Professor Emeritus at the California Institute of Integral Studies, where he taught for 30 years. He has a life-long interest in the many different realms of consciousness and its manifestations. He is the author of The Well of Remembrance, The Unfolding Self, Green Psychology, Birth of a Psychedelic Culture (with Ram Dass); editor of two collections of essays on ayahuasca and on psilocybe mushrooms; and author a series of short volumes on The Ecology of Consciousness. His most recent book is Allies for Awakening.