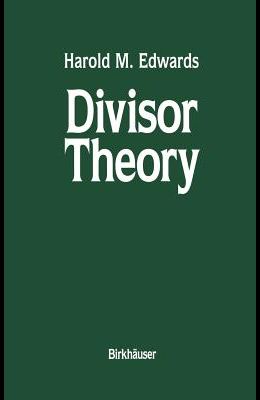 Man sollte weniger danach streben, die Grenzen der mathe- matischen Wissenschaften zu erweitern, als vielmehr danach, den bereits vorhandenen Stoff aus umfassenderen Gesichts- punkten zu betrachten - E. Study Today most mathematicians who know about Kronecker's theory of divisors know about it from having read Hermann Weyl's lectures on algebraic number theory We], and regard it, as Weyl did, as an alternative to Dedekind's theory of ideals. Weyl's axiomatization of what he calls Kronecker's theory is built-as Dedekind's theory was built-around unique factor- ization. However, in presenting the theory in this way, Weyl overlooks one of Kronecker's most valuable ideas, namely, the idea that the objective of the theory is to define greatest com- mon divisors, not to achieve factorization into primes. The reason Kronecker gave greatest common divisors the primary role is simple: they are independent of the ambient field while factorization into primes is not. The very notion of primality depends on the field under consideration-a prime in one field may factor in a larger field-so if the theory is founded on factorization into primes, extension of the field entails a completely new theory. Greatest common divisors, on the other hand, can be defined in a manner that does not change at all when the field is extended (see 1.16). Only after he has laid the foundation of the theory of divisors does Kronecker consider factorization of divisors into divisors prime in some specified field.