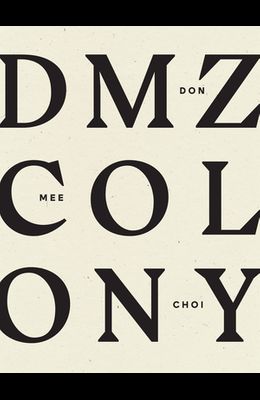 WINNER OF THE 2020 NATIONAL BOOK AWARD FOR POETRY Don Mee Choi's urgent DMZ Colony captures the migratory latticework of those transformed by war and colonization. Homelands present and past share one sky where birds fly, but 'during the Korean War cranes had no place to land.' Devastating and vigilant, this bricolage of survivor accounts, drawings, photographs, and hand-written texts unearth the truth between fact and the critical imagination. We are all 'victims of History, ' so Choi compels us to witness, and to resist.-- Judges Citation Woven from poems, prose, photographs, and drawings, Don Mee Choi's DMZ Colony is a tour de force of personal and political reckoning set over eight acts. Evincing the power of translation as a poetic device to navigate historical and linguistic borders, it explores Edward Said's notion of the intertwined and overlapping histories in regards to South Korea and the United States through innovative deployments of voice, story, and poetics. Like its sister book, Hardly War , it holds history accountable, its very presence a resistance to empire and a hope in humankind.