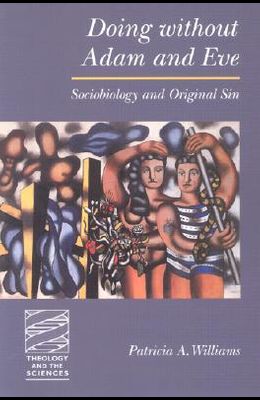 Doing Without Adam and Eve: Sociobiology and Original Sin

by
Patricia A Williams

In this provocative new addition to the Theology and the Sciences series, Patricia Williams assays the original sin doctrine with a scientific lens and, based on sociobiology, offers an alternative Christian account of human nature's foibles and future. Focusing on the Genesis 2 and 3 account, Williams shows how its historical interpretation in early Christianity not only misread the text but derived an idea of being human profoundly at odds with experience and contemporary science. After gauging Christianity's several competing notions of human nature -- Protestant, Catholic, and Orthodox -- against contemporary biology, Williams turns to sociobiological accounts of the evolution of human dispositions toward reciprocity and limited cooperation as a source of human good and evil. From this vantage point she offers new interpretations of evil, sin, and the Christian doctrine of atonement. Williams's work, frank in its assessment of traditional misunderstandings, challenges theologians and all Christians to reassess the roots and branches of this linchpin doctrine.