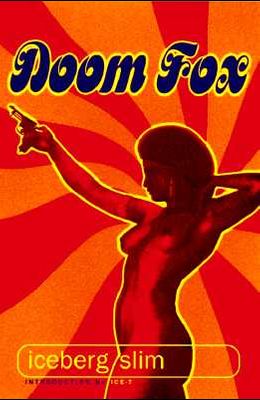 by
Iceberg Slim and Ice T

With books such as Trick Baby, Pimp and Long White Con, Iceberg Slim detailed life in the American ghetto. Doom Fox--written in 1978 and unpublished until now--is the last in his legendary series. It incorporates elements of sex comedy, prison literature, and street fiction. At base, it is a dead-on exploration of the violent frustrations of life in a disenfranchised community.

From the Back Cover Propelled by the story of Joe Kong Allen and his gorgeous, treacherous wife, Doom Fox is the last in Iceberg Slim's legendary series of underground novels. Written in 1978 and unpublished until now, Doom Fox is a tale of the Los Angeles ghetto that begins just after World War II and spans the next thirty years. In the no-holds-barred tradition of Chester Himes, Doom Fox captures a violent, vivid world of low-riding chippie-catchers, prizefighters, prostitutes, and smooth-talking preachers. Iceberg Slim detailed life among the hustlers in the inner city and reinvented the concept of cool. His books became underground classics, advertised and circulated by word of mouth. Stylish and uncensored, Doom Fox brings his unforgettable voice to the players of today.