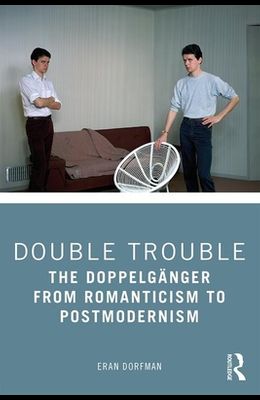 Double Trouble: The Doppelgänger from Romanticism to Postmodernism

The double, doppelg nger, is mostly understood as a peculiar figure that emerged in nineteenth-century Romantic and gothic literature. Far from being a merely esoteric entity, however, this book argues that the double, although it mostly goes unnoticed, is a widespread phenomenon that has significant influence on our lives. It is an inherent key element of human subjectivity whose functions, forms, and effects have not yet gained the serious consideration they merit. Drawing on literature, philosophy, and psychoanalysis, and combining a personal story with theoretical interventions, Double Trouble develops a novel understanding of the double and human subjectivity in the last two centuries. It begins with the singular and narcissistic double of Romanticism and gradually moves to the multiple doubles implicated by Postmodernism. The double is what defies unicity and opens up the subject to multiplicity. Consequently, it gradually emerges as a bridge between the I and the Other, identity and difference, philosophy and literature, theory and praxis.