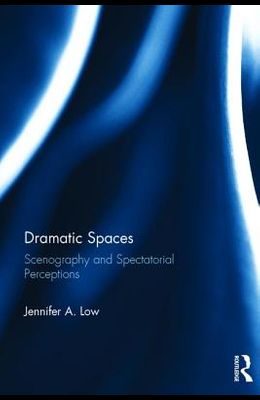 For literary scholars, plays are texts; for scenographers, plays are performances. Yet clearly a drama is both text and performance. Dramatic Spaces examines period-specific stage spaces in order to assess how design shaped the thematic and experiential dimensions of plays. This book highlights the stakes of the debate about spatiality and the role of the spectator in the auditorium - if audience members are co-creators of the drama, how do they contribute? The book investigates: Roman comedy and Shakespearean dramas in which the stage-space itself constituted the primary scenographic element and actors' bodies shaped the playing space more than did sets or props the use of paid applauders in nineteenth-century Parisian theaters and how this practice reconfigured theatrical space transactions between stage designers and spectators, including work by L szl Moholy-Nagy, William Ritman, and Eiko Ishioka&#12288; Dramatic Spaces aims to do for stage design what reader-response criticism has done for the literary text,&#12288;with specific case studies on Coriolanus , The Comedy of Errors , Romeo and Juliet , Tales of Hoffman , M. Butterfly and Tiny Alice exploring the audience's contribution to the construction of meaning.