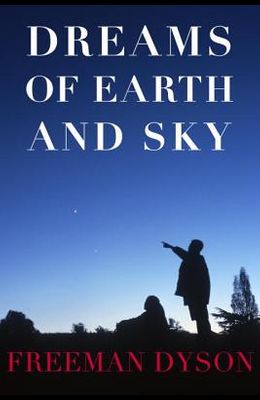 Dreams of Earth and Sky

In this sequel to The Scientist as Rebel (2006), Freeman Dyson--whom The Times of London calls one of the world's most original minds--celebrates openness to unconventional ideas and the spirit of joyful dreaming in which he believes that science should be pursued. Throughout these essays, which range from the creation of the Royal Society in the seventeenth century to the scientific inquiries of the Romantic generation to recent books by Daniel Kahneman and Malcolm Gladwell, he seeks to break down the barriers that separate science from other sources of human wisdom. Dyson discusses twentieth-century giants of physics such as Richard Feynman, J. Robert Oppenheimer, Paul Dirac, and Steven Weinberg, many of whom he knew personally, as well as Winston Churchill's pursuit of nuclear weapons for Britain and Wernher von Braun's pursuit of rockets for space travel. And he takes a provocative, often politically incorrect approach to some of today's most controversial scientific issues: global warming, the current calculations of which he thinks are probably wrong; the future of biotechnology, which he expects to dominate our lives in the next half-century as the tools to design new living creatures become available to everyone; and the flood of information in the digital age. Dyson offers fresh perspectives on the history, the philosophy, and the practice of scientific inquiry--and even on the blunders, the wild guesses and wrong theories that are also part of our struggle to understand the wonders of the natural world.