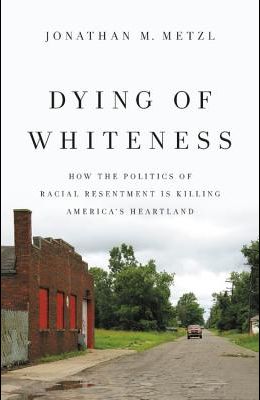 Dying of Whiteness: How the Politics of Racial Resentment Is Killing America's Heartland

A physician reveals how right-wing backlash policies have mortal consequences -- even for the white voters they promise to help In the era of Donald Trump, many lower- and middle-class white Americans are drawn to politicians who pledge to make their lives great again. But as Dying of Whiteness shows, the policies that result actually place white Americans at ever-greater risk of sickness and death. Physician Jonathan M. Metzl's quest to understand the health implications of backlash governance leads him across America's heartland. Interviewing a range of everyday Americans, he examines how racial resentment has fueled progun laws in Missouri, resistance to the Affordable Care Act in Tennessee, and cuts to schools and social services in Kansas. And he shows these policies' costs: increasing deaths by gun suicide, falling life expectancies, and rising dropout rates. White Americans, Metzl argues, must reject the racial hierarchies that promise to aid them but in fact lead our nation to demise.