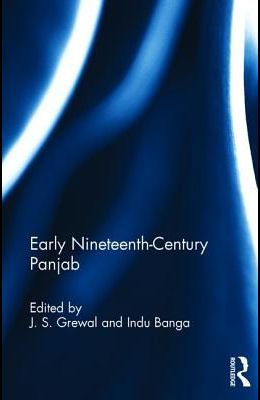 by
and J S Grewal and Indu Banga

The Cha&#772;r Ba&#772;gh-i-Panja&#772;b , written by Ganesh Das Wadera immediately after the annexation of the Lahore kingdom by the British in 1849, is a classic Persian text. Its long descriptive part is the only surviving account of the social, religious, and cultural life of the peoples of the Punjab, especially during the late-eighteenth and the early-nineteenth century. Ganesh Das writes about traditional learning, literature, folklore, urban centres, and women with a rare catholicity as an Indian, an orthodox Hindu, a Punjabi, and a Khatri. Himself a hereditary qanungo of Gujrat in the Sikh kingdom, he also provides valuable insights into the structure of revenue administration at lower rungs. This volume presents an authoritative English translation of this primary descriptive section of Cha&#772;r Ba&#772;gh-i-Panja&#772;b , with a detailed Introduction, critical commentary, glossary, map, and a classified index. Indispensable for researchers, it will interest historians of medieval and modern India, especially those concerned with the pre-Independence Punjab region.