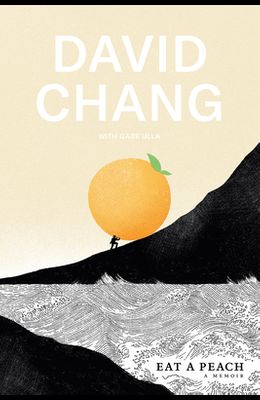 Eat a Peach: A Memoir

by
David Chang and Gabe Ulla

The chef behind Momofuku and star of Netflix's Ugly Delicious gets uncomfortably real in his debut memoir. As a young, unspectacular cook, David Chang opened a noodle restaurant in Manhattan's East Village that should not have survived its first, misbegotten year. But, through sheer stubbornness and a series of utterly reckless choices, he became a chef who the New York Times once described as the modern equivalent of Norman Mailer or Muhammad Ali. In this memoir, Chang lays bare his self-doubt and ruminates on mental health. He explains the ideas that guide him and demonstrates how cuisine is a weapon against complacency and racism. Exhibiting the vulnerability of Andre Agassi's Open and the vivid storytelling of Patti Smith's Just Kids, this is a portrait of a modern America in which tenacity can overcome anything.