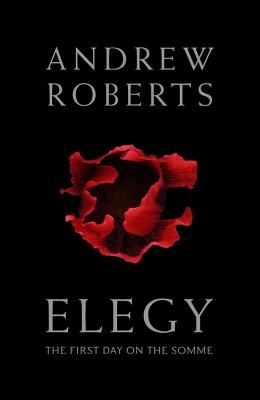 Elegy: The First Day on the Somme

The New York Times-bestselling author of Napeoleon: A Life and The Storm of War tells the shattering story of the blackest day in the history of British army: the first day of the Somme Offensive, July 1, 1916 On July 1, 1916, after a five-day bombardment, 11 British and five French divisions launched their long-awaited Big Push on German positions on high ground above the Rivers Ancre and Somme on the Western Front. Some ground was gained, but at a terrible cost. In killing-grounds whose names are indelibly imprinted on 20th-century memory, German machine-guns manned by troops who had sat out the storm of shellfire in deep dugouts inflicted terrible losses on the British infantry. The British Fourth Army lost 57,470 casualties, the French Sixth Army suffered 1,590 casualties, and the German 2nd Army 10,000. And this was but the prelude to 141 days of slaughter that would witness the deaths of between 750,000 and 1 million troops. Andrew Roberts evokes the pity and the horror of the blackest day in the history of the British army a summer s day turned hell on earth by modern military technology in the words of casualties, survivors, and the bereaved.