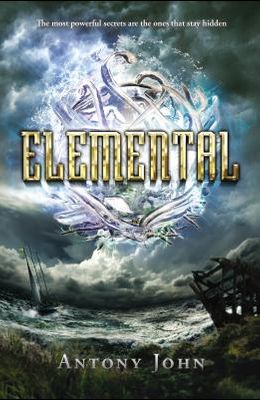 Book #1 in the Elemental Trilogy Series
by
Antony John

An action-packed fantasy adventure for fans of Ship Breaker It is the future, and most of the population of the United States has been destroyed by the plague. Survivors have formed colonies on the barrier islands off the east coast of the country. In one small colony, almost all the members have powers to control wind, water, earth, and fire--all but sixteen-year-old Thomas. When the Guardians of the village are kidnapped by enemies seeking to take over their colony, it is up to Thomas and a small group of teens to save them and preserve the mysteries of the island.