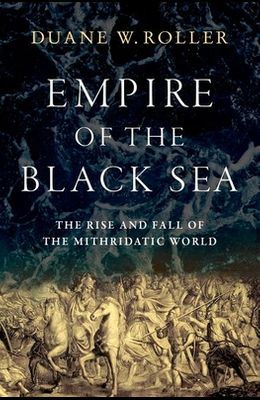 Empire of the Black Sea: The Rise and Fall of the Mithridatic World

What is commonly called the kingdom of Pontos flourished for over two hundred years in the coastal regions of the Black Sea. At its peak in the early first century BC, it included much of the southern, eastern, and northern littoral, becoming one of the most important Hellenistic dynasties not founded by a successor of Alexander the Great. It also posed one of the greatest challenges to Roman imperial expansion in the east. Not until 63 BC, after many violent clashes, was Rome able to subjugate the kingdom and its last charismatic ruler Mithridates VI. This book provides a general history of this important kingdom from its mythic origins in Greek literature (e.g., Jason and the Golden Fleece) to its entanglements with the late republic of Rome. Roller discusses its rulers as well as the Romans and others who interacted with them and opposed them. He addresses social and cultural issues, including the attitude of the traditional Greek states and other eastern kingdoms, economic issues such as depopulation and land exhaustion, and--especially in the latter years of the dynasty--the changing and indeed endless internal problems in Rome itself that would come to drive or even overpower events in the field. Previous histories of this era are varied in their focus and quality. Needless to say, much of the interest has been directed to the final and most famous member of the dynasty, Mithridates VI (120-63 BC); this book explores the entire kingdom and its rich history. Empire of the Black Sea is an engaging and accessible history of a forgotten reign.