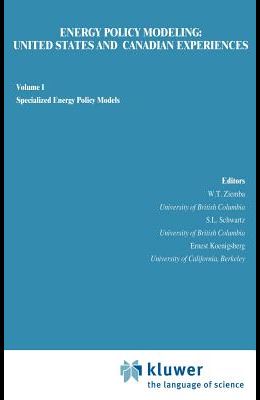 Alex Cowie As the twentieth century draws to a close, one of our greatest problems is the availability of energy. One way to study the energy problem is to resolve it into four areas; energy demand, energy sources, transportation of energy from sources to demand centers, and the optimal allocation of energy forms to demands. Each of these areas is extremely complex by itself. When efforts are made to tie them together, for example, to produce a National Policy, the complexities are compounded. Another way to study the energy problem, because of its political and so- cial consequences, is to resolve it into geographical areas. Individual prov- inces of Canada or states of the United States will have their concerns about energy within their geographical boundaries. As producer, consumer, or both, each wants to ensure an energy development program which will work to the maximum benefit of its citizens. Similarly, countries endeavor to pro- tect their citizens and undertake energy policies that will assure either a con- tinuation of the existing quality of life or - particularly in the case of Third World countries - a marked improvement in quality of life. These competing and conflicting goals call for a study which encompasses the whole world. Again, complexity is piled upon complexity. If the prob- lem is not yet sufficiently complex, there is an equally complex question of the effect of energy production and use on the ecology.