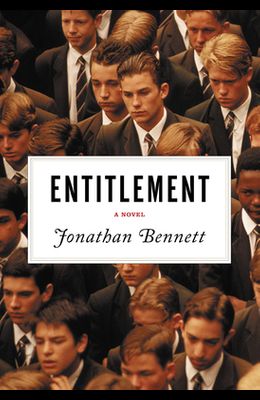 Entitlement is the tragic, wrenching story of Andy Kronk. After a lifetime intertwined with the Aspinalls, one of Canada's wealthiest families, Andy has finally forged a clean break. Mere months pass, however, before his past returns, and he finds himself, obediently, digging ... At its heart, Entitlement is a story about identity -- about who we think we are and where we really stand. Set in rural Ontario and with excursions to Toronto and New York City, the novel takes a provocative and honest look at class, power, male relationships, death, and the familial bonds that tie, protect and harm us most. Andy's story is revealed to Trudy Clarke. Writing an Aspinall tell-all biography, she wants Kronk's take for her book. Reluctantly, Andy agrees to talk. He begins by explaining that when he quit practising law, all he wanted was a clean start and the privacy to live life on his own terms. But, as he explains over the course of a weekend interview, his boyhood boarding school entanglement with one of Canada's elite families became complicated -- and remains strong. As the weekend progresses, Andy grows comfortable. When he realizes that he's gone too far, said too much, it's too late... Written in forceful prose, with a poet's ear, Jonathan Bennett's Entitlement does for the world of power and privilege what David Adams Richards has done for the hardscrabble blue collar men and women of his award-winning novels -- tearing down myths to reveal something essentially, and always, heartbreakingly human.