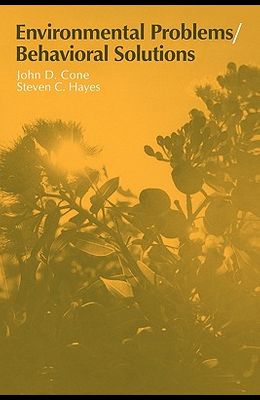 In this book, first published in the UK in 1984, John Cone and Stephen Hayes explore the relation between physical environment and human behaviour. A fledgling field at the time, this study of the roots of environmentally relevant psychology has proved both fruitful and exciting. Within this text, Cone and Hayes first explore the fields of physical and behavioural technology, and the few studies previously conducted around the latter. They then focus their attention on the principles and methodologies of the study of environmentally relevant behaviour and psychology, absorbing the work undertaken thus far on factors such as population control and noise pollution, and assembling its conclusions. A summary of the tasks facing researchers at the time then rounds off a text which will be invaluable in the analysis of the early and often trepid steps taken in the study of the physical environment and its connections to human behaviour.