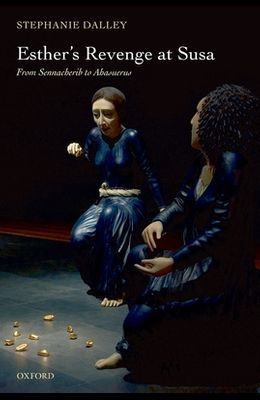 Esther's Revenge at Susa: From Sennacherib to Ahasuerus

Why are the names of the chief characters in the biblical Book of Esther those of Mesopotamian deities? Stephanie Dalley argues that the narrative reflects real happenings in seventh-century Assyria, where the widespread belief that revenge belongs to the gods explains why Assyrian kings described punitive campaigns as divine acts, leading to the mythologizing of certain historical events. Ashurbanipal's sack of Susa, led by the deities Ishtar and Marduk, underlies the Hebrew story of Esther, and that story contains traces of the cultic calendar of Ishtar-of-Nineveh. Dalley traces the way in which the long-term settlement of lost tribes' in Assyria, revealed by the fruits of excavation in Iraq and Syria, inspired a blend of pagan and Jewish traditions.