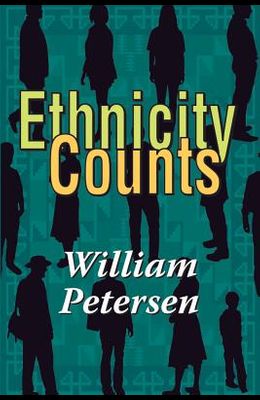 Official statistics about ethnicity in advanced societies are no better than those in less developed countries. An open industrial society is inherently fluid, and it is as hard to interpret social class and ethnic groups there as in a nearly static community. In consequence, the collection and interpretation of ethnic statistics is frequently a battleground where the groups being counted contest each element of every enumeration. William Petersen describes how ethnic identity is determined and how ethnic or racial units are counted by official statistical agencies in the United States and elsewhere. The chapters in this book cover such topics as: Identification of Americans of European Descent, Differentiation among Blacks, Ethnic Relations in the Netherlands, Two Case Studies: Japan and Switzerland, and Who is a Jew? Petersen argues that the general public is overly impressed by assertions about ethnicity, particularly if they are supported by numbers and graphs. The flood of American writings about race and ethnicity gives no sign of abatement. Ethnicity Counts offers an indispensible background to meaningful interpretation of statistics on ethnicity, and will be important to sociologists, historians, policymakers, and government officials.