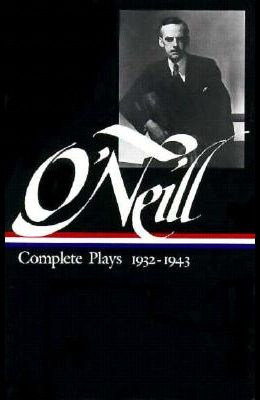 The third and final volume of the first complete collection of Eugene O'Neill's dramatic writings (available exclusively from The Library of America) contains eight plays written between 1932 and 1943, when illness forced him to stop writing. They represent the crowning achievements of his career. O'Neill described Ah, Wilderness as the way I would have liked my boyhood to have been. Set in the summer of 1906, it affectionately depicts the warm, close family of sixteen-year-old Richard Miller and the innocence with which he faces the trials of first love, strong drink, and sexual temptation. John Loving, hero of Days Without End , is split by his lack of faith into two selves: John and his Mephistophelian double Loving, who wears John's death mask and plots his destruction. Burdened by guilt but desperately wanting to love, John struggles with Loving's nihilistic hatred in what O'Neill termed his modern miracle play. In A Touch of the Poet , Irish tavern-keeper Con Melody is drawn by his proud past as a Byronic cavalry hero of the Napoleonic Wars toward a fatal confrontation with his wealthy Yankee neighbors, the Harfords. Throughout More Stately Mansions , the idealistic yet cunning Simon Harford, his wife, Sara Melody Harford, and his mother, Deborah, continually shift roles and alliances as they engage in an eerie psychological and sexual battle for possession of each other and their own maddeningly elusive dreams. This volume presents the never-before-published complete text of the revised typescript for this unfinished play. The derelict inhabitants of Harry Hope's saloon in The Iceman Cometh find solace in their comradeship until their drifting calm is destroyed by the visiting salesman Theodore Hickey, who insists that they abandon all pipe dreams and face the truth about their lives. O'Neill carefully orchestrates the voices of over a dozen characters to form a chorus of overwhelming despair and surprising compassion. Hughie is a one-act dialogue between a reminiscing gambler and a weary hotel night clerk about the promise and loneliness of city life. Long Day's Journey into Night unsparingly dissects the pain, rage, guilt, and love that drive a wounded family apart and bind it together. In their summer home the four Tyrones--James, a proud actor haunted by poverty, his devout, morphine-addicted wife, Mary, and their sons, Jamie, a cynical drunkard, and Edmund, an aspiring poet--slowly unveil the truth about their lives until they can no longer hope either to save or to escape one another. Published and produced posthumously, it won O'Neill his fourth Pulitzer Prize. In its elegiac coda, A Moon for the Misbegotten , Jamie Tyrone seeks the peace that has long eluded him in the arms of sharp-tongued Josie Hogan. The volume concludes with Tomorrow (1917), O'Neill's only published short story.