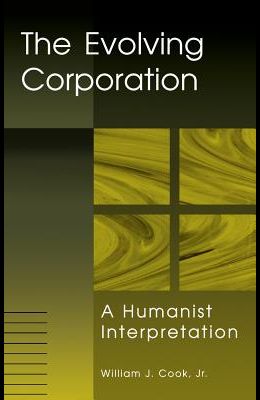 The corporation model of organizations is in terminal decline, says Cook, and is being displaced by what he calls syntagma, a body of persons forming a division of the population of a country. The point he makes by this is that the emerging organization will be no artifact, no fabrication. It will be innately human, and in that sense, organic. His book traces the philosophical and historical development of the modern corporation through Hellenistic-Judeo-Christian theologies, with particular emphases on the social, political, and economic impacts of rationalistic science, impacts such as humanism, democracy, capitalism, and behaviorism. Cook offers an analysis of the critical aspects of the corporation as it exists today, and draws heavily for evidence upon contemporary management theories and practices. In doing so he argues that it is the radical changes going on in society itself that is rendering the traditional corporation obsolete. And, since western civilization is undergoing an epochal shift, the new, emerging corporation can have no resemblance to the old model. He maintains that the organization evolving to replace it will be characterized by common values, mutual purpose, excess capacity, and creative action, and will have two dynamics, what he calls commensuration and essentiality. Only with this kind of human system is it possible to create an organization that solely and exclusively serves the common good. His book is a provocative contribution to the professional and academic literature of several fields, including management, the social sciences, organizational behavior, development, and history, and will be of particular interest as well to certain well informed nonspecialists with concern for the role played the corporation in their societies.