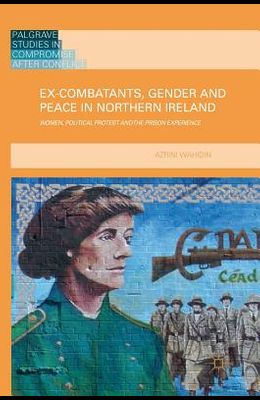 From the Back Cover This book explores the contours of women's involvement in the Irish Republican Army, political protest and the prison experience in Northern Ireland. Through the voices of female and male combatants, it demonstrates that women remained marginal in the examination of imprisonment during the Conflict and in the negotiated peace process. However, the book shows that women performed a number of roles in war and peace that placed constructions of femininity in dissent. Azrini Wahidin argues that the role of the female combatant is not given but ambiguous. She indicates that a tension exists between different conceptualisations of societal security, where female combatants both fought against societal insecurity posed by the state and contributed to internal societal dissonance within their ethno-national groups. This book tackles the lacunae that has created a disturbing silence and an absence of a comprehensive understanding of women combatants, which includes knowledge of their motivations, roles and experiences. It will be of particular interest to scholars of criminology, politics and peace studies.