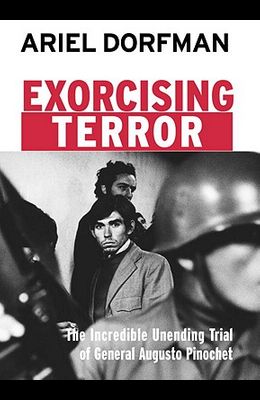 Renowned author Ariel Dorfman, obsessed for twenty-five years with the malignant shadow General Pinochet cast upon Chile and the world, followed every twist and turn of the four year old trial in Great Britain, Spain and Chile as well as in the U.S., the country that had created Pinochet. Told as a suspense thriller, filled with court-room drama and sudden reversals of fortune, the book at the same time addresses some of today's most burning issues, made all the more urgent after the terrorist attacks of September 11th 2001. What are the limits of national sovereignty in a globalizing world? How does an ever more interconnected world judge crimes committed against humanity? What role do memory and pain and the rights of the survivors play in this struggle for a new system of justice? But above all, the author, by listening carefully to the voices of Pinochet's many victims, explores how can we purge ourselves of terror and fear once we have been traumatized, and asks if we can build peace and reconciliation without facing a turbulent and perverse past.

List of All Editions of Exorcising Terror: The Incredible Unending Trial of General Augusto Pinochet