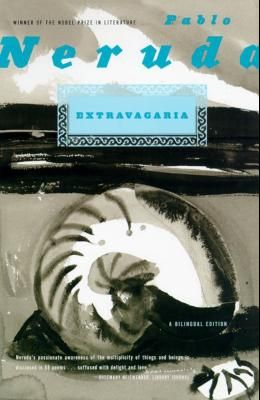 by
Pablo Neruda and Alastair Reid

Extravagaria marks an important stage in Neruda's progress as a poet. The book was written just after he had returned to Chile after many wanderings and moved to his beloved Isla Negra on the Pacific coast. These sixty-eight poems thus denote a resting point, a rediscovery of sea and land, and an autumnal period (as the poet himself called it). In this book, Neruda developed a lyric poetry decidedly more personal than his earlier work.