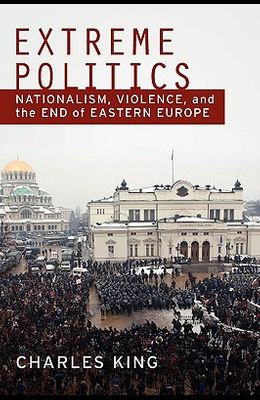 Extreme Politics: Nationalism, Violence, and the End of Eastern Europe

Why do some violent conflicts endure across the centuries, while others become dimly remembered ancient struggles among forgotten peoples? Is nationalism really the powerful force that it appeared to be in the 1990s? This wide-ranging work examines the conceptual intersection of nationalist ideology, social violence, and the political transformation of Europe and Eurasia over the last two decades. The end of communism seemed to usher in a period of radical change-an era of extreme politics that pitted nations, ethnic groups, and violent entrepreneurs against one another, from the wars in the Balkans and Caucasus to the apparent upsurge in nationalist mobilization throughout the region. But the last twenty years have also illustrated the incredible diversity of political life after the end of one-party rule. Extreme Politics engages with themes from the micropolitics of social violence, to the history of nationalism studies, to the nature of demographic change in Eurasia. Published twenty years since the collapse of communism, Extreme Politics charts the end of Eastern Europe as a place and chronicles the ongoing revolution in the scholarly study of the post-communist world.