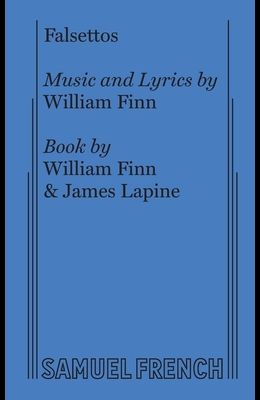 by
William Finn and James

Musical Music and Lyrics by William Finn. Book by William Finn and James Lapine. A seamless pairing of March of the Falsettos and Falsettoland, acclaimed off Broadway musicals written nearly a decade apart, Falsettos won 1992 Tony Awards for best book and musical score. It is the jaunty tale of Marvin who leaves his wife and young son to live with another man. His ex wife marries his psychiatrist, and Marvin ends up alone. Two years later, Marvin is reunited with his lover on the e